A Tribute to Abdullahi Mohamed Shirwa

I only met Abdullahi Mohamed Shirwa twice, so you are probably wondering why I am writing this tribute for a someone I hardly knew. For one thing, those two occasions left a lasting impact on me.

I was invited to attend a policy briefing event at Somali Public Agenda by my friend Mahad Wasuge, the institute’s director. While the presentation of the briefing was underway, there was an attentive gentleman that was sitting next to me. I only said hello to him, and the only other interaction I had with him was handing him a bottled water that he couldn’t reach. We did not talk the rest of the presentation as we were both engrossed in the programme.

Usually in these type of events after the author(s) talks, there are panel sessions where invited guests debate and comment on the work presented. Abdullahi Mohamed Shirwa was not among the panel that was sitting in front of us during the presentation. Mahad had to signal to him to be part of the panel. He did not seem enthusiastic and gave off the impression that he was not expecting to be a panellist. With a slight limp, he walked towards the panel, and after few words from our host, Abdullahi headed to the podium.

I rarely attend public gatherings for very simple reason; I embarrass easily. One of my only pet peeves in life is people that go off-topic in public gatherings and Somali events are rife with such colourful individuals. Abdullahi could not be any different from these people. He was eloquent, articulate, knowledgeable and more importantly read the room very well. His witty repartee with other speakers provided the comic relief these events so desperately crave.

The second time I met him was a mere 33 days before Abdullahi’s sudden illness and eventual death. Again, we were invited by SPA for their inaugural annual iftar event. Luckily, I again found myself to not only sat at the same table with him, but we sat right next to each other. This time I knew him from that previous event, so I was eager to chat with him. We debated about the news of the day and were expressing how we needed this protracted election cycle to come to an end when he politely interjected with “let’s not just hope for the election to conclude, but rather let’s put more thought on the type of administration that should come after this”. Very thoughtful I thought, but I wasn’t surprised. I expected these types of gems from him.

Abdullahi was called to the podium to say few words and although he was again hesitant, he was more than prepared. The last words I ever heard him utter and will forever be carved in my memory were his advice to the youth. This in retrospect, fills me with emotions. He said, “try to do two things to help your country: obey the law even if you don’t agree with it, and everything that you do, always do it to the best of your abilities”.

His death made me reflect on the fact that we never take full advantage of those who are important to us while they are here. I know it is a cliché, but it particularly rings true here. I wish I spent more time with him to chat about life. If he was so impactful in just two random occasions, imagine what could have happened in a one-on-one setting!

When I heard the news of his passing, I decided to find out more about him. I learned that Abdullah’s life was not led by greed but rather a purpose. He wanted to serve others for as long as he could. As many pointed out this week, he was at the forefront of every situation that needed his help. He raised millions for the 14th of October Soobe victims and played an integral part in the team that helped elevate the suffering caused by the intense 2011 droughts.

To bypass all the misfortunes of three decades of civil strife, he could have settled in the West as many of his peers did but chose to stay in the country and work towards a peaceful Somalia.

He could have taken up cushy ministerial jobs from successive governments as many of his peers did but declined when offered to lead not so profitable civil society organisations because he believed he would have better impact that way. Now I love him even more.

Thank you Abdullahi for being so gentle with Somalia and Somalis, for being generous with your time, for being a mentor to so many -some you knew and some you did not-, and thank you for restoring hope where there was none. May you eternally rest in Jannatul Firdaus. Allaha Kuu naxariisto. 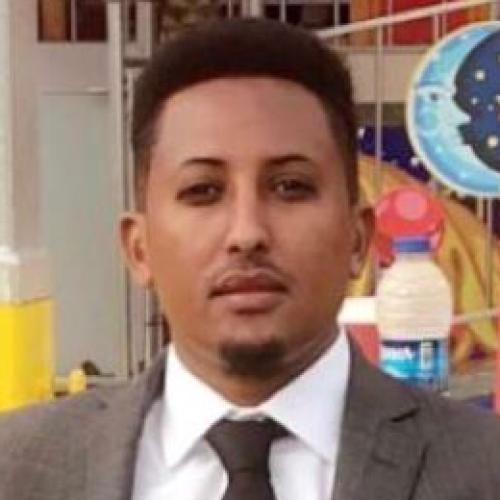 |A Tribute| Admired and respected by both the military and the civilian population alike, Major Hassan Mohamed Osman popularly known as Tuurre, deputy base commander...
Read more