Admired and respected by both the military and the civilian population alike, Major Hassan Mohamed Osman popularly known as Tuurre, deputy base commander of the specially trained Danab Brigade, was a true military commander and hero of Somalia. His exceptional military skills and leadership abilities made him an asset to the army and a formidable opponent to the terrorist group al-Shabaab. Hassan Tuurre’s presence on the frontlines struck fear into the hearts of the enemy, and his unwavering dedication to his country and its people inspired all those around him.

He knew that the fight against the group was a dangerous one and that one day he may have to make the ultimate sacrifice in defence of his homeland. Sadly, that day came all too soon when he became a martyre in a terrorist attack in Gal’ad town. Despite his passing, thanks to the sacrifices made by brave soldiers and commanders, Hassan Tuurre’s legacy and memory live on as all Somalis continue to look forward to a future free from terrorism.

Record on war against terror

Hassan Tuurre, hailed by the media as a liberator, can be credited with liberating over 50 towns and countless villages from the clutches of terrorism in the recent military operations against al-Shabaab. His remarkable military acumen, unshakable determination, and ability to pose a formidable threat to terrorists’ objectives is a testament to his valour. Hassan’s passing may be met with sadness, but his legacy lives on as he fulfilled his duty to his country by vanquishing terrorist groups on all fronts.

Hassan Tuurre devoted most of his life to eradicating al-Shabaab from Somalia. Joining the army around 2012 and trained by Turkey and the United States, he dedicated 11 years of his life to the fight against al-Shabaab. Born in the year 1993, Tuurre made numerous sacrifices for the cause of peace. He heroically served both as a soldier and a commander.

He was a shining star in the Somali army and on the battlefield. From Mudug and Galgaduud to Hiiraan and Middle Shabelle, he played a pivotal role in most of the recent battles that resulted in the defeat of al-Shabaab. His arrival on the frontlines was a source of inspiration for the army and local fighters, and instilled fear and despair in the hearts of al-Shabaab.

Hailing from Hiiraan himself, he was the mastermind behind most battles that pushed al-Shabaab out of Hiiraan and created this current momentum.

He was a true believer in the noble cause of fighting al-Shabaab and serving his country through the army. He never wavered in his conviction, even in the face of the possibility of losing his own life, his close friends, or some of his family members. It was just one month ago when his elder brother was tragically killed near Gal’ad, also serving the same cause for which Hassan Tuurre was martyred: defending the nation from the menace of terror. He was a true patriot, who was willing to sacrifice everything for the protection of his country and its people. His unwavering dedication and sacrifice will always be remembered as an inspiration to all those who fight for a just and peaceful Somalia.

Unwavering patriotism and hope for the future of the army

I met him for the first time in 2019 after returning from my studies in Turkey. Though we were related, it was our first in-person meeting. As a new graduate, I was seeking job opportunities and asked him about the employment situation in the country. His response was not one of discouragement but of inspiration. He told me of one job that would not only give me purpose but also contribute to Somalia’s peace and prosperity: joining the National Army. His words deeply resonated with me, igniting a renewed sense of patriotism and determination to see Somalia as a peaceful nation. His unparalleled love for his country and belief in the army’s role in bringing peace was contagious and inspired me to one day serve my country like him.

Hassan Tuurre had a clear vision for the future of the Somali army, one where highly educated individuals and those free from addiction would play a vital role. He was a man who believed in professionalism. He envisioned a Somalia free from the shackles of favouritism and clan-based recruitment, and one that was built on meritocracy.

His message of inspiration and hope resonated particularly with young and educated Somalis who were eager to join the army and play a part in building a better future for their country. He was a man of great integrity who dreamed of a Somali army that was not only strong but also fair and just. His efforts to make that dream a reality will always be remembered.

Mindful of his fate

Despite his numerous victories against the group, he was well aware that he was a high-value target for al-Shabaab. Not long ago, he called me with a request that was both humorous and poignant. Jokingly, he said “Brother, I am in a dangerous battle, life is short, and I may not make it out alive, therefore, I want to get married. Can you buy me a wedding suit from Turkey?” He then added, “Waari meyside, wiil hakaa haro” which roughly translates to “Leave a son behind as you won’t stay alive forever”. These words, spoken in jest, revealed his sense of humour and his deep understanding of the fragility of life. He wanted to leave a legacy behind before he passed away, a reminder of his courage and sacrifice in the face of danger.

Again, just days before his martyrdom, he called me for advice about which university program his younger brother, who had recently graduated from secondary school, should pursue. At the time of the call, he was on his way to the frontlines. He mentioned that he was needed by the army commanders to lead and continue the anti-al-Shabaab campaign in the south of Galgaduud. It was the last time I heard his voice. He was determined to serve his country and fight against al-Shabaab, even in the face of danger. His dedication to his duty and his concern for his family, even in the midst of a battle, are a testament to the kind of person he was.

A man of faith

Sometime in 2022, I was sitting with him at a cafe in Mogadishu when the call for the evening prayer was made. Without hesitation, he was the first to suggest that we go to the mosque. He was a devout man who always fulfilled his religious duties and had a deep connection with Allah.

Seeing an individual like him, who was both a soldier defending his country and a devout Muslim, was rare and made him a leading role model for others. He was a man who truly believed in the importance of serving one’s country, while also fulfilling the duties that are obliged to us by Allah. He was an inspiration to many and will be remembered as a true patriot and devout Muslim.

Though Hassan Tuurre has departed, it is a fate that ultimately awaits us all. But before he left, he fulfilled his duties, now it falls to us to carry on his mission and make his dream of a Somalia free from terrorism a reality. May my beloved cousin, Hassan Tuurre, find eternal peace in the highest reaches of Jannah. 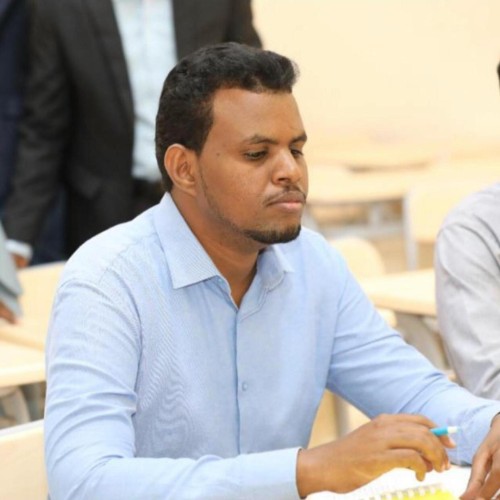 Somalia’s Higher Education, What Is It Good For?

|Guest Essay|  With the outbreak of civil war in 1988 and the accompanied collapse of the central state in 1991, social services provision in Somalia...
Read more