Following the collapse of Somalia’s central government in 1991, all public institutions became defunct. As the civil war continued, many Somalis fled the country and sought asylum abroad. Some of these people had taken their land title deeds with them, while others could not due to the severity of the war.

Nature of the land disputes

As soon as the civil war subsided, Somalis started to return home to rebuild their dilapidated country. But unfortunately, upon arrival, some of those people learned that their land had been occupied by people for various reasons.

Showing documents that seem legit, some of these people claimed to have bought it from legitimate owners. Some disputes emanated from individuals that made forged documents from the black market of Abdalla Shideye and then sold it to unsuspecting buyers. Others are believed to have been caused by inheritance-related issues among family members. The land dispute cases were so overwhelming at one point that according to this study, an estimated 80% of cases filed at the Supreme Court in Mogadishu were related to land grievances.

The current law applied by the Municipality of Mogadishu to regulate and manage land affairs is named Law No-10. It was issued on the 17th of December 1980.

Article One of Law No-10 underlines that Mogadishu Municipality is the authority responsible for land settlement, land adjudication, and land administration within the jurisdiction of Banaadir region. This act also provides the local government of Mogadishu the authority to set general standards (jaangoyn guud) for lands in Mogadishu, such as the allocation and the marking of lands earmarked for residential, commercial, industries and so on, whereas Article 23 of Law No-10 exhibits a clear registration process of land records in Mogadishu.

Currently, the land records system used by the Municipality of Mogadishu is an archaic one. The archive of the Land Management Department is keeping some of the retrieved and new documents on the shelves of the department in paper form.

There are also a few individuals who, inexplicably, still have a significant number of records. Workings with the holders of these documents, these records, which are kept outside of the country, are used as a reference by the Land Management Department of Mogadishu Municipality and the courts of different levels to settle disputes. These individuals collect what they call service charges money from people who lost their title deed documents. The amount the citizens are asked to pay depends on the location of their lands. It is important to note that these people do not work for the government.

The local government also uses engineers to recreate lost title deeds. These engineers use old maps of Banaadir region to retrace and reissue these lost deeds. This process is tedious and needs to be reformed.

There is also a Land Dispute Resolution Committee appointed by Mohamed Ahmed Nur Tarsan, the former mayor of Mogadishu and the governor of Banaadir region. The committee comprises of individuals who are randomly selected, and their mandate is to settle, intermediate and resolve land disputes. Avv. Abdirahman Ahmed Gaafow, a Mogadishu-based lawyer told Gorfayn that the proper legal steps have not been followed particularly Law No-48/Bis which was issued in September of 1981 and addresses the formation of such committees.

The current land records system must be updated to a computerised database that is easily accessible to staff.

Land records should only be in the hands of local government. Mogadishu Municipality should be the only custodian of land records. No matter where they are in the world, all other parties that currently hold the municipality’s documents should transfer them back to the municipality without further delay. This removes any window of mismanagement and corruption.

The municipality should, through legal experts, review the current land acts and improve areas that need to be updated and any loopholes that now exist should be addressed.

The Power-tussle over the management of land affairs between the Ministry of Public Works and the local government should be addressed. Each one’s role should be clearly defined and demarcated.

Mogadishu Municipality should develop an affordable Geographic Information System (GIS). This apt system will bring a lasting solution to the recurrent land conflicts, rampant corruption, and the hectic and tedious process of claiming back lost title deeds. 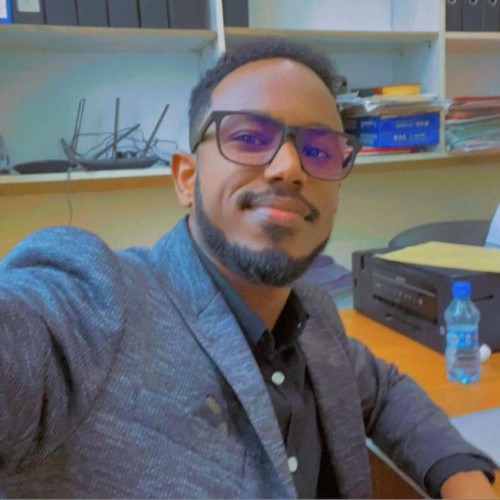 Mohamed Addow
Mohamed Addow is a writer and researcher. A SIMAD University Alumni who is passionate about communications and Media.